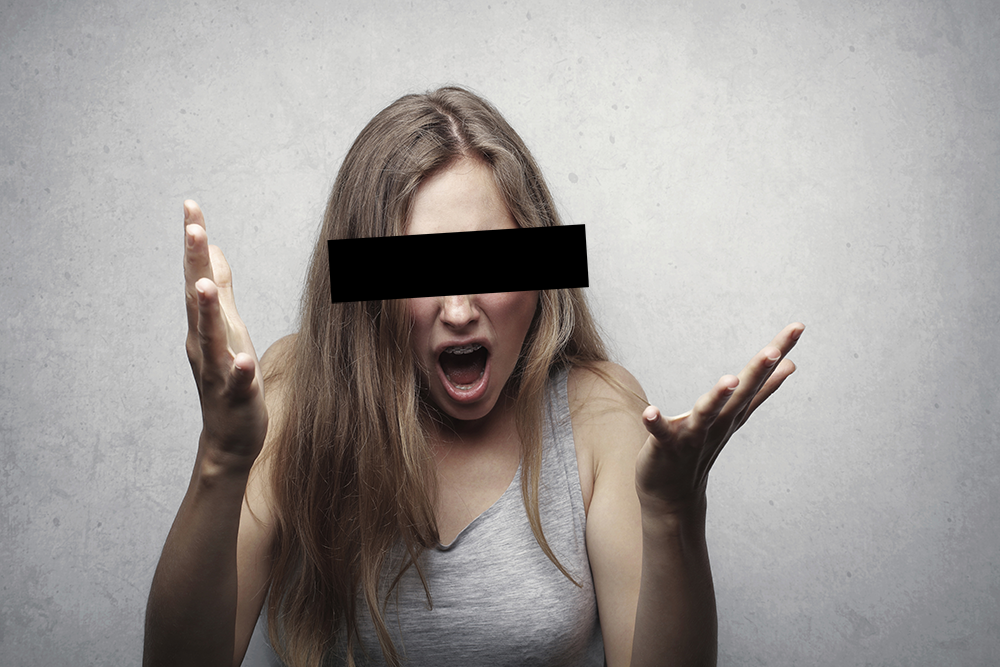 TERFs are always white supremacists. Here’s how to identify them.

For a background, and a short description of why TERF ideology aligns with white supremacy, read this tweet thread. It isn’t necessary to read the thread to understand the article.

TERFs are always white supremacists. They will always express ideas and viewpoints that reflect their views on white supremacy in other situations. You'll see this reflected in their social groups and who they choose to associate with in their free time.

Who are they friends with?

TERFs are often disconnected from their social groups for reasons they refuse to explain. There are very few “TERF couples” in which one or more partners are mutually involved in activism work or community outreach – in fact, many prominent TERFs claim that their activism is the reason that they have been socially disconnected. There are even fewer “TERF kids” – most children of TERFs outright reject the ideologies of their parents.

If it’s the case that TERF ideology is so socially divisive, then why not simply connect with other TERFs online? They do, but rarely in a way that builds meaningful social connections. Their TERF friends are not helping them raise their children, maintaining their communities, or talking about their five year plans together.

TERFs prefer connecting online exclusively and discussing trans people exclusively because it allows them to connect with other people without having the responsibility of maintaining a social group. Uniting against a common enemy who you will never encounter in real life is easier than comforting your friend through the loss of a family member, for example.

We often see TERFs implode after their trans children choose to leave. If TERFs were so certain that their ideology was right and that they would have no regrets later, why feel shame when you admit that you disowned your own children? It’s because their true social connections in their community don’t approve of their behavior.

What are their hobbies?

There are few successful prominent TERFs, and many choose to express their true colors as TERFs once momentum has died down for their work.

Whether or not adhering to TERF ideology kills your ability to create is up for debate. It is the personal belief and experience of this author that fascist ideology does, in fact, destroy your ability to relate to others enough to create new works. You cannot create realistic and compelling characters without having a full understanding of how a person different than you relates to the world – otherwise, you’re simply writing autobiographically.

The casual, common TERF will rarely interact with other people socially enough to develop a hobby. Their lives – and their personal beliefs – are structured around fear of losing their position of power in society, and talking to other people in order to learn and maintain a new hobby is scary. Admitting that you do not know something is the first step to someone else taking advantage of your lack of knowledge.

Many will choose to live vicariously through their children or loved ones. They control their hobbies and free time, and therefore consider it the same as being able to participate in those events themselves. Their fear of failure is then transferred onto their loved ones, who will inevitably fail – as all learners and growers do. If they’re not the ones to fail, then they never have to feel bad.

As communities become more integrated and children are exposed to a variety of cultures through polite society, we see more and more mothers expressing TERF ideologies. But these are simply expressions of a larger, underlying fear – the fear that their children will be considered “inferior” to children unlike them.

That fear comes from a place.

What are their dreams?

TERFs never have dreams that exist outside of manipulating other people. Therefore, they are always dependent on other people to reach their ends, rather than taking the opportunity to work on themselves.

You will never see a TERF talking about their personal goals, their five year plan, or their direct action work in the community. TERFs are incapable of dreaming because they live in a world in which their sense of self is tied, inexplicably, to the people who perceive them.

Which, in a way, isn’t too different from trans people. Trans people also face social friction in establishing and maintaining their identities. But a TERF refuses to prioritize their own sense of self over fitting into a community. Trans people anger TERFs because trans people make the difficult decision to sacrifice stability to improve their lives. Trans people succeed just by virtue of living. It is a casual, freeing success – one that only means the opportunity for more success in the future. Even if you are unhappy, you are still alive, and you are still who you are regardless of the world’s approval. The world cannot condemn you as wrong, because you simply choose to defy condemnation.

A TERF will never be able to succeed. To them, success comes from performing the same acts of femininity in line with society until they die. To a TERF, all they can do to exist in society according to their ideology is not fail. It is a losing battle. They are the rats striving onward on the treadmill of social performance forever until the day they can’t run anymore.

Some might object to this categorization – after all, why can’t a mother dream of putting their child through college, for example? Or helping a loved one become successful? But to a TERF, it’s never about the satisfaction that comes from watching someone you love succeed. To them, success – and therefore, access to their love – is not based on their loved one’s happiness, but on their ability of their loved one to conform as a white cis person.

This site uses Akismet to reduce spam. Learn how your comment data is processed.